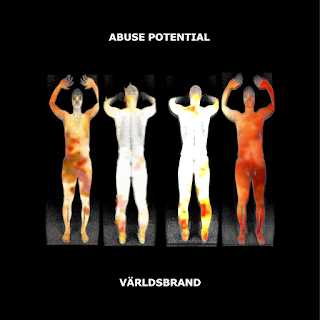 The sixth release from Birth Control Productions is a split CDr release.

Tracks 3-4 are ritualistic offerings from Sweden's VÄRLDSBRAND, who has previously worked with Birth Control Productions under the now-defunct alias DÖDENS VÄDERSTRECK. First conceived in the late 90s, the Världsbrand project has recently returned to the scene with a vengeance, spreading like wildfire the artist’s singular gospel of despair. His tracks are swirling, trancelike, obsessive workings, wide-eyed invocations of cosmic emptiness uncomfortably situated in a hard-to-categorise zone between "harshness" and "ambience." Very different from the DÖDENS VÄDERSTRECK output— the epic second piece here may even touch on influences from Kraut and early electronics. Imagine TERRY RILEY cut off from the space shuttle and spiraling helplessly into deep space, the universe his tomb and ours.

Over 20 minutes of new material from each artist. ABSOLUTE LIMITATION of 36 hand-numbered copies on pro-duped and pro-printed CDrs in pro-printed jewel case packages.
$6US or €5, plus shipping. Order from Storenvy, Discogs, or direct email to birthcontrolproductions@gmail.com.

Sweden’s Pierre B Jonsson has been performing experiments in industrial noise since the late 90s, but it was not until the late 2010s that t... 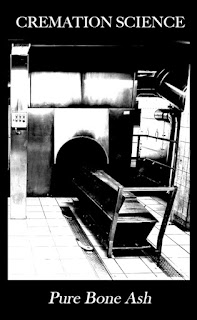